Life of Pi: TR Tuesday explores brilliant things to do

18 February 2021
Even though the next Technorama Tuesday session is headed “Advanced Raspberry Pi”, it should really be called “Cleverer Radio Tools 101”.  This one is not just for geeks: programming class comes later.  On Tuesday 23 Feb we invite you to take the Pi beyond “hello world”, and we’ll show you how you could use the world’s cheapest and most flexible computing platform to achieve real results for your station – just in time for grant submissions, too! 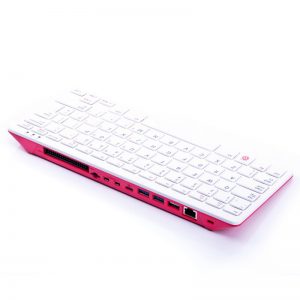 Right off the bat,  John Maizels will show you the latest toy in the Pi stable: the Raspberry Pi 400.  It looks just like a keyboard, but it’s way more and is a solid tool that runs a whole heap of useful software straight out of the box.  It comes with a full office suite, browser, mail, VNC (client and server), cabled and WiFi networking, viewers, players, and lots of connectors.  With minimal tailoring, you could use it as a desktop machine at  your station.  What’s really special?  It’s a Pi built into a keyboard, comes with cables, mouse, power supply, and operating system, all for under $160.

Then Terry O’Connor will take us through a clever software build that you can download onto an SD card and install in any Pi (from the tinyest one up).  He’s merged Open OB so that you can do audio send and receive of a network (think in terms of an alternative to Instreamer and Exstreamer).  And there’s a clock program which tells the time, stays accurate, and responds to mics going on and off, studio on-air switching, and other button-pressy interactions.

Next, Evan Wyatt will give us the rundown on an application he wrote for Pi to manage audio and studio selection from remote and satellite studios.  He’s already implemented the solution in FNQ, and is updating the application all the time.  Now there’s a way to seamlessly integrate signals from  your other locations (or to create other locations) with everything handled for your presenters via a touch screen interface.  Better yet, it’s a solution you can build easily and cheaply, and it’s expandable.

Finally:  we answer your questions.  Bring lots of them.

Click here or on the TR Tuesdays graphic to register.

Do it right now and join us via ZOOOOOOOM on Tuesday 23 February at 1830 EADT for Technorama Tuesday: Advanced Raspberry Pi 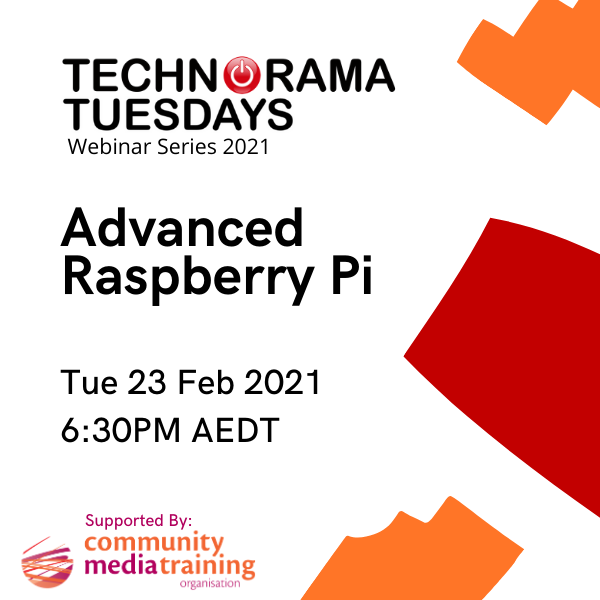 Your team for February TR Tuesday

Terry O’Connor is an early pioneer of the Community Broadcasting movement, first in student radio and then as he established several sub-metro stations in Melbourne.  He’s made an artform of designing and building studio equipment to get stations up and running on low budgets.  Terry comes with 45 years of technical experience, training and skill in Telecommunications and Broadcast Technology.

John Maizels is another pioneer of the Community Broadcasting movement, having designed and built his first studio at age 12.  He runs technology and creative career paths in parallel, and about 30 years ago branched out to television.  John is developing new technology training classes for CMTO, and as President of Technorama he is committed to making it easy for you to learn how to build and fix things.  He admits to owning four Raspberry Pi devices, and loves them.