Once again we’ve been able to offer young, female, and gender non-conforming people an opportunity to apply for the Represent! Bursary, and show how inclusive a group of technologists can be.  The Bursary aims to improve the age and gender diversity imbalance that exists in the typical Technologist demographic, and allows an awardee to attend Technorama 2019 by covering all the costs.  The Bursary is awarded through a merit-based assessment.

TR19 is very pleased to announce this year’s eight recipients and welcome as our guests: 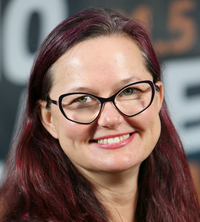 A Totally Women Powered Radio project run by Radio Adelaide’s student radio in 1996 got Nikki hooked on radio. Since then she’s fed her audio addiction and been on a steep learning curve by doing a bit of everything:  from music, art and political programs, to OBs, training, scheduling, IT and broadcast maintenance.  Now, as People and Program Manager, she is a professional multi-tasker and trouble-shooter. In her spare time Nikki works as a Trainer for the CMTO and mentor for the National Features and Documentary Series, and loves sharing her knowledge and enthusing new people into the creative world of community radio. Nikki is also Secretary for the South Australian Community Broadcasting Association supporting 32 member stations across SA.

Charlotte is a community broadcaster, trainer and researcher with over 25 years of designing radio projects alongside diverse communities, primarily focusing on prisoner radio development across Australia and the UK. She is the current President of the SA Community Broadcasters Association, presents a weekly music show on sub-metro station WOWfm, and recently began coordinating a national sector development project with the CMTO.

Roz is the Station Manager at 7TYG, which covers the Derwent Valley in regional southern Tasmania. Roz has been with the station since its inception in 2009 in various roles, including technical support, and has been station manager since March 2012. 7TYG is moving and upgrading their transmission site this year and Roz is excited to attend TR19 to get a handle on all aspects of managing the logistical and technical aspects of the move.

Gemma is an experienced radio presenter and producer,  having worked on the national CBAA Award winning show “Breaking Bands” for the past 4 years.  She volunteers at her local radio station, 2RRR, and has recently participated in their Tech Blitz with Technorama.   Gemma studied Music Production at UNSW, and has recorded and mixed for local bands. 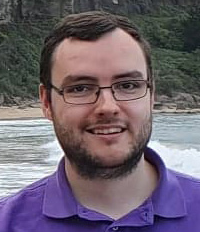 Nathan volunteers at Radio 1RPH Canberra to assist with their IT needs which has included migrating the primary internet connection to the NBN.   By day he is an ICT Network engineer.  Nathan has been working in the public service for 3 years, having completed his Bachelor of Computer Systems and the Australian Government ICT Graduate program. 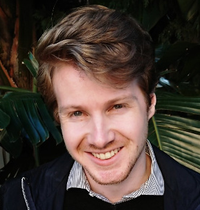 Declan is a volunteer for PBS 106.7FM in Melbourne. Having formally studied Audio Engineering, Declan is now completing his Advanced Diploma in Electronics and Communications Engineering to fully round out his passion for community radio and to be able to contribute to PBS more broadly both on and off mic.  Declan hopes to learn as much as possible from Technorama prior to helping PBS in its upcoming move in the new year, and is happy for any advice or suggestions in relation to this. 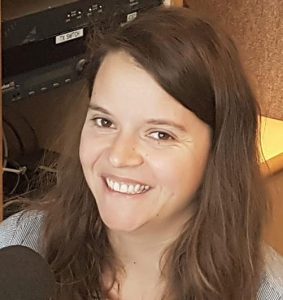 Hannah is the Training Coordinator and Station Coordinator at Edge Radio 99.3, Tasmania’s only youth broadcasting service. She started out at Edge four years ago as a keen volunteer and quickly developed a passion for community radio. As well as the everyday running of the station she goes into schools as part of Edge’s youth outreach program to teach kids about media. “I’m looking forward to enhancing my tech knowhow at Technorama this year and being able to share my knowledge with our local volunteers!” 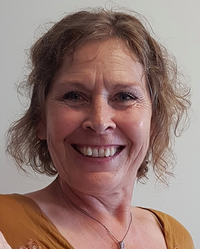 Sibylle wrote and produced her first radio story when she was eight years old; it was a murder crime story on the river Thames in London.
Many years and many other careers later, and by mere chance only three years ago, she came to volunteer at reception for Noosa FM 101.3 Community Radio. Being a big pet and wildlife lover she noticed there wasn’t a program on the radio station that would cater for like-minded people in the community. Co-incidentally the opportunity for presenter training came up and she decided to take the chance. In September 2017 she presented her first own program: “Pet Purri”, a music program concerned with pets and wildlife for the Noosa Shire.
In September 2018 she was elected VP and took on the coordinator position of the technical area of the station. Since April 2018 she has been President.

In 2018 Sibylle was the proud receiver of the Technorama “Rising Technical Star” Award.

Would you like to know more about the Represent! Bursary?

You can read about it here.

The Represent! Bursary is an initiative of Technorama, and is supported by the CBF.