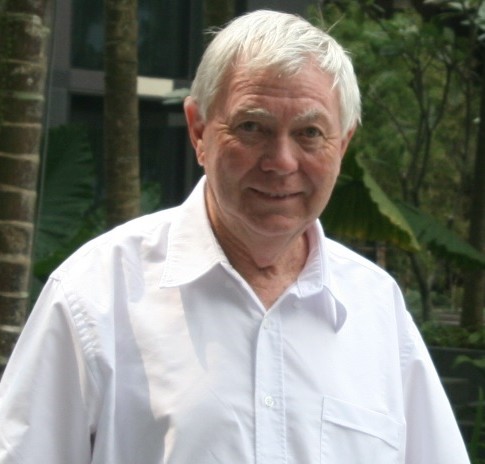 This year’s guest of honour is a legend in commercial radio, and although you might not know him you’ve almost certainly been influenced by his work.

Van Richards-Smith got the radio bug early in life, working at 4BH as a trainee tech building consoles while he was still at high school.  The drive to be creative with technology stayed with him, and through the years Van has been called on to build new studios and whole new stations more than once.

Starting with a position as Chief Engineer at 4LM Mt Isa (where he remodelled existing studios then built new studios) he spent a large part of his career as Chief Engineer or Network Chief Engineer associated with 4IP and related stations.  When 4IP was acquired by the Queensland TAB, Van went on to lead the technology development of the second largest radio network in Australia, providing information and entertainment to racing fans in QLD, SA, NT and TAS – covering more than half of Australia.   Along the way he has participated in industry working groups including AM Stereo development, and Digital Radio through DTAC

Less well known is that Van quietly contributed much to community radio.  Van was seconded to the fledgeling indigenous FM station in Brisbane, where he consulted to get 4AAA designed and on the air.

Van claims that fate has intervened in his life any number of times, but most people will tell you that’s because the harder you work the luckier you get.  Van has worked hard for the industry and hard for his employers and has a really good sense of how to make something of an opportunity.  Van has a wealth of experience, knows what it’s like to keep stations running, and is highly respected in the industry.  He is passionate about training and education, and he knows a lot about the travails of building and running radio stations.

Technorama is very proud to have Van Richards-Smith as our 2015 Guest of Honour.

Van will attend all three days of Technorama, and we hope you will take the time to get to know him and pick his brain!