Now in their fourth year, these awards are about acknowledging the work of technologists within the community broadcasting sector. This year the categories are: 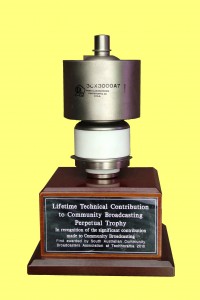 While the first category is for someone whose work affected many stations, this award is focused on a technologist’s contribution to a single station. In some ways every technologist should be nominated for this award, so maybe it’s about not just keeping the station on-air, but rather it’s about sustained contribution or doing something that helps broadcasters at that station use the technology with ease.

Technologists all over the sector come up with the most amazing innovations that sometimes shouldn’t work, but often do – and very well. Things that are done in the commercial world for many tens of thousands of dollars, we will often do on a shoestring budget. This award probably isn’t about the most expensive installation, but rather the most innovative use of what the technician could get their hands on at the time to make a real difference to the broadcasters at that station.

Send your entries via email to [email protected] with enough information for the judges to get a good idea about the nominee and their work – approximately 200 to 500 words would be good.  If you send pictures, keep the total email smaller than 10Meg in size otherwise it may be rejected.

Visit the hall of fame

Meet some past recipients of the Technorama Awards