What you need to know:  TR17 starts with the evening function from 1830 on Friday 16th, and you will need to be at Campbelltown RSL by then (or plan to drive a bit).  So if you’re not planning to sign up for the education session, ensure that you can arrive in Sydney around 1530 and you’ll have no trouble getting to Campelltown by train, to your hotel and then the RSL by 1830.  We take care of arrangements after that.

Those registering for the education event on Friday 16 June will need to be ready to start at 0930, and our recommendation is to come in the night before.  Plan travel accordingly.

You can get from Sydney Airport (any terminal) to Campbelltown without changing trains and it will take between 41 and 53 minutes depending on time of day, and there are four trains an hour.

Trains from Central to Campbelltown take about 55 minutes, and there will be between 3 and 8 trains an hour depending on when you travel.   “Tripview” is a really good and easy to use app which will take the pain out of understanding public transport schedules in Sydney (and it works in Melbourne also).

Several of the airlines have had rolling sales with very good deals for fares to Sydney during the Technorama event 16-18 June 2017.   The airfares have gone up a bit since we announced TR17 in November, but aren’t too bad if you buy now.  A quick check on 12 May showed that there are good (and surprisingly cheap) airfares available, although you’ll be travelling with Jetstar or Virgin and not with Qantas at the lowest rates. 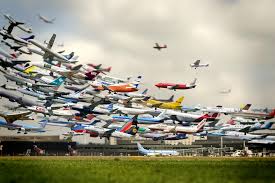 A really good tool to use for fare-finding is Matrix ITA which gives you much of the power to compare airfares that travel agents have at their fingertips.  However there are definitely other, maybe even better, deals on the web if you poke around.  One of our regular delegates nabbed a Sunshine Coast to Sydney/return airfare for $131 by doing just that.   A huge advantage of the sale prices is if you can travel with a full-fare airline for the same or lower price than the cutrate fliers, and therefore take advantage of the much more advantageous meal and luggage policies of Qantas and Virgin.

Campbelltown is an hour out of Sydney on the Hume Highway.   Best advice is to use a navigation tool, but even without one it’s really easy to find the RSL:  just at the eastern edge of the Campbelltown CBD.   Reminder that there is a carpark at the RSL, and delegates get free all-day in/out access.