Note the date:  The 2021 Annual General Meeting of Technorama Incorporated will be held at 1900 AEDT Tuesday 21 December 2021.   In keeping with Technorama policy (as the world catches up with what we’ve been doing since 2015), the meeting will be entirely virtualised, using GoToMeeting and online voting. 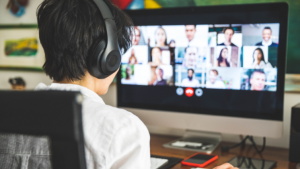 If you are a paid-up member of Technorama Incorporated, then you are eligible to vote.   Nominations have closed and the election started at 0900 on 15 December.

Nominations were received from:

Who can vote in the election?  All members in good standing (ie: you were paid up as a member on 7 December when the AGM was announced) should automatically have receives a voting email advice from ElectionBuddy.  The fully electronic vote is audited, but totally anonymised.  The Returning Officer can not identify who voted for whom.

Information on the candidates who are standing, and any information they provided, is included in the ballot paper.

Important:  voting is only online, and will close at 16:59:59 AEDT on 21 December ahead of the meeting start.  This will allow the Returning Officer to advise the results to the meeting.

If you did not receive a ballot paper, then most likely your membership is in arrears.  We know that the renewal notice might have got lost in your inbox, and so we have a cunning plan.  Up to close of business on Monday 20 December, you still have the opportunity to renew your membership and then vote.  Once you have renewed your membership, send an email to the returning officer, and once we have validated that your membership has updated you will be sent a voting token and instructions.

Note: The outcome of the 2019 election tested our rules thoroughly. At this election we had the simultaneous combination of a casual vacancy; merging of Treasurer and Secretary positions into one;  the consequential requirement to elect an additional ordinary committee member to ensure a full nine member committee; and the subsequent situation where number of  nominees matched number of positions.  This highly unusual  situation resulted in the need to draw lots under rule 14(5)(c), to determine the three candidates who would serve a two year term during 2019-2021, and the two candidates who would retire at the 2020 AGM.

All the important files may be downloaded here:

And in case you are interested, the nomination process/nomination formage is here (but no longer valid as the election has started):

We look forward to having you join us, and while we can’t offer you physical hospitality, we do promise an interesting meeting.

Following the Annual General Meeting, the following people are your Board for the next year:

How the election process worked

The VP and Treasurer positions were therefore declared filled without an election.

Being an even year, three Committee members were to be elected for two year terms.  Additionally one additional member was to be elected for a one year term, to fill a casual vacancy.   However when Josh Pearson was the sole nomination as Vice President and chose to vacate the position of Secretary, every possible combination of acceptable outcomes led to creation of an additional casual vacancy for Committee.  That resulted in five positions to be filled with five nominations, so all those who nominated were declared elected.

Under rule 14(5) of the Constitution, the assignment of two year terms (three) and one year terms (two) is to be decided by agreement or drawing of lots.

This will be determined at the first meeting of the new Committee.

Find out more about your Committee members here.

The Annual General Meeting of Technorama Incorporated will be held on the evening of Wednesday 26 September 2018.   In keeping with Technorama policy, the meeting will be held entirely virtualised, using GoToMeeting and Sparklevote.

If you have any questions in advance of official notices, please drop a line to [email protected] or via the contact form on the website.

Nominations are open for offices of President,  Secretary, and two ordinary committee members.  Nominations will close at 23:59:59 on 19 September.

The AGM packet, with full details of agenda and nomination process, has been distributed to members.   If you have not received the packet, or if any of the material is unclear, please contact the Secretary via [email protected].

Emma Couch and Julie Spencer join the Technorama Board

The Special General Meeting which updated the Technorama Incorporated constitution increased the size of the Technorama Board from seven to nine, and created two casual vacancies.

At the Board meeting held on 19 June, the Board unanimously voted to appoint Emma Couch and Julie Spencer to fill the positions as Ordinary Committee members. Emma and Julie will hold these posts through to the 2018 AGM, when they become eligible for election.

“The Technorama Board has worked hard to ensure that we can provide skills-based leadership.  Both Emma and Julie bring a wealth of professional and personal experience that plays directly to Technorama’s core missions.”

“Emma Couch has been heavily involved with Community Radio as a broadcaster, organiser and trainer and has a solid technical bent. Julie Spencer started in Community radio before moving into a professional career which puts her in the upper ranks of broadcast engineers in Australia as a hands-on project manager and facility developer.”

“We are very fortunate to have such passionate and committed people in our ranks, especially at a time when Technorama has been focusing on improving diversity, gender equity and skills within the technologist community.”

Read more about Emma Couch and Julie Spencer on our “About/Meet your Board” page, and contact them directly via their Technorama email addresses.

Our Constitution and Rules

At a Special General Meeting held on 19 May 2018, the members present unanimously adopted a new set of rules to govern Technorama.  These replaced the model rules which had been in use since the Association’s formation.

The new rules were lodged with NSW Fair Trading after the meeting, and became effective from 31 May 2018.

The updated ruleset brings Technorama into line with best practice for Board turnover, and make it possible for the organisation to be truly virtualised by adding provisions to permit electronic equivalents of the face-to-face provisions that dictate how meetings and elections are managed.

Both of these actions improve our ability to be correctly representative of members.

The full story behind the new rules can be found on the SGM 2018-1 page, and the new ruleset is live for download or reading from our corporate details page.   Note that the deprecated rules and the for-approval version have now been masked to obviate any confusion.

Josh Pearson, Operations Manager at Joy FM in Melbourne has been appointed to the Committee of Technorama.  He will fill a casual vacancy until the 2018 AGM.

Josh brings with him a wealth of operational and IT experience, and has already started working on the logistics for TR18 in May.

You can read a bit more about Josh and all the Technorama Committee on the Meet Your Board page.